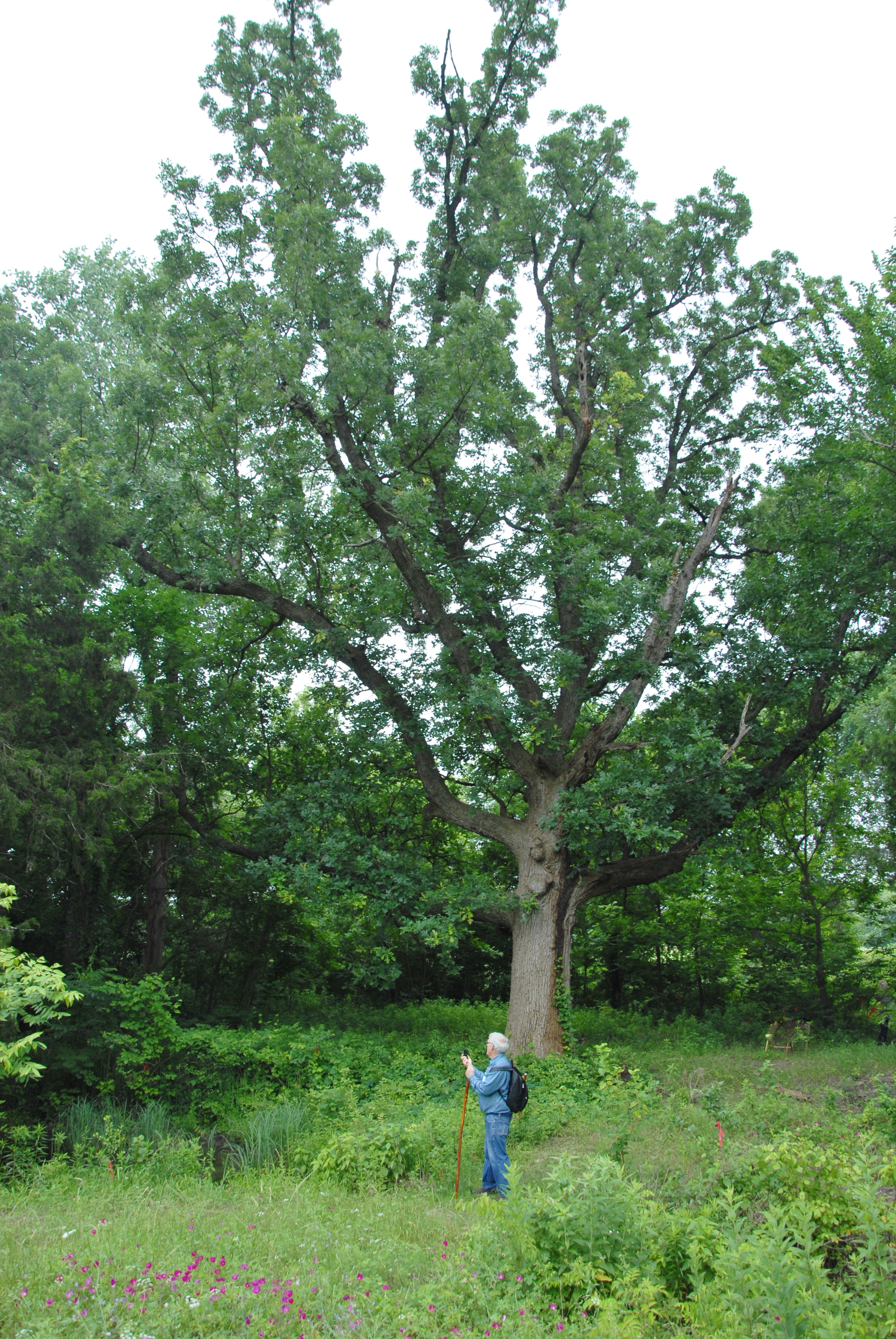 The Bur Oak at Big Spring

The Bur Oak grows beside the historic Big Spring on the edge of the Great Trinity Forest in southern Dallas County. The spring has been an important source of clean water for humans for thousands of years. For more than 200 years this tree has stood near the spring offering its shade and shelter. The tree now stands 60 feet high and is estimated to be at least 235 years old.

The Big Spring was one of the first sites in the Dallas area to be settled by Europeans. It was claimed in 1842 by John Beeman, the patriarch of the first family to settle permanently in Dallas County. Beeman’s daughter, Margaret, married the founder of Dallas, John Neely Bryan, in 1843. The couple had five children. In the summer of 1843, The Republic of Texas’ president, Sam Houston, and his Indian Treaty Delegation camped at the spring en route to a meeting at Bird’s Fort. The Bur Oak was about 60 years old then so we can imagine Sam Houston walking under it on his way to the spring.

John Neely Bryan and his family lived near the Spring in the 1860s and 1870s and no doubt enjoyed the shade of the Bur Oak. After John Bryan’s death, his wife sold the property to Edward Case Pemberton who had recently emigrated from Illinois. The Pembertons farmed and operated a dairy here and Edward Pemberton’s descendants continued to live and farm the area for several generations. The spring and bottomlands were purchased by the City of Dallas in 2003 as part of the Great Trinity Forest Project.

On March 29, 2014 the Texas Historic Tree Coalition declared the Bur Oak at Big Spring to be an Official Historic Tree, listed in their Historic Tree Registry as a living legend and a testament to Dallas history.

On April 27, 2016, The City of Dallas designated the Big Spring and the 15 acres that surround it as a Historic Overlay District. This designation recognizes the historic and cultural importance of the area. This was the first time Dallas has given this designation to a site rather than to a building.

A Texas State Historical Marker commemorating the Big Spring and the settlers who cared for it was dedicated on May 23, 2016.