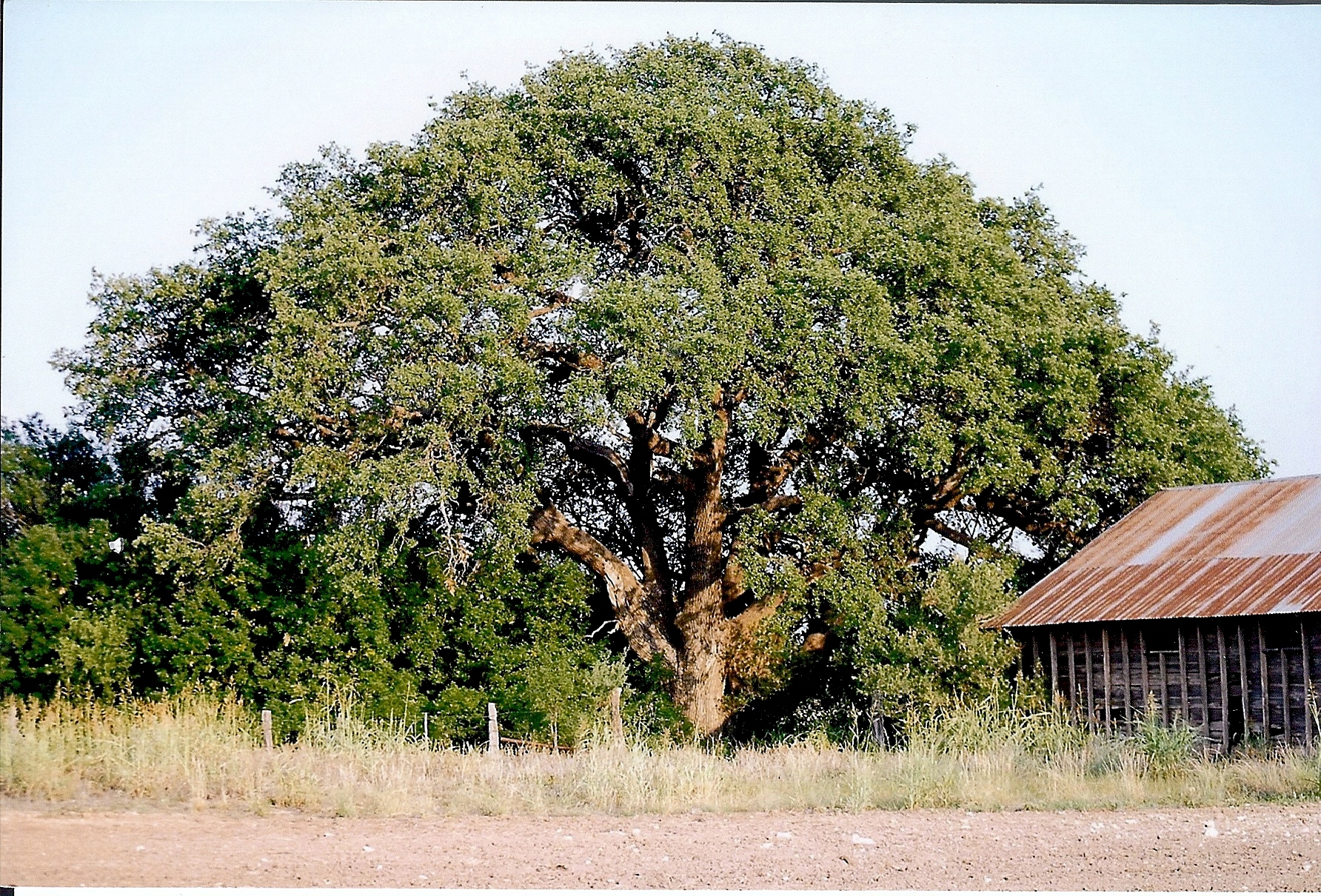 Dr. Hammond Bouldin and his wife, Eliza, are buried in the Bouldin Family Cemetery, located in the garden of his home in Old Lawn, Texas.  At one time, it was a very beautiful cemetery surrounded by an ornate iron fence.  Three tombstones remain with Dr. and Mr. Bouldin’s names.  The cemetery was maintained by a Confederate States of America organization for years.  They came to the cemetery each year, cleaned it, and had a short military service.  The current land manager, Sid Saverance, reports the CSA services were discontinued several years ago, and of course the cemetery had grown up with weeds and vines.  The Bouldin Live Oak stands nearby. The tree is readily distinguishable by its size from aerial photos.

Dr. Boudlin was a skilled surgeon and well-loved Christian gentleman and a soldier of the Confederate Army who served as a lieutenant in Terry’s Texas Rangers of Chappell  Hill, Texas until 1865.  His tombstone reads “2nd Lieut Hammond Bouldin, Co K, 8 Texas Cav, CSA, Feb 24, 1825 – Apr 10, 1905”.  Dr. Boudlin lived under five different flags in Texas. He was a man of strong character and of influence in his day and generation.

Dr. Bouldin was born February 24, 1825, in Madison County, Alabama.  He relocated to Chappell Hill, Texas, where he was a practicing physician.  He came to Old lawn in Taylor County in 1846 when he was 21 years old and marred his cousin, Martha L. Bouldin.  Their son, Thomas Graves Bouldin was born there.  Martha died when they had been married only six years.

Dr. Bouldin’s second wife, Eliza Browning, lived with her affluent parents in ‘Chappell Hill, Texas, a small community in Washington County.  Her father, Colonel Browning, didn’t want his daughter to marry a poor country doctor.  Dr. Bouldin rode his horse up to the window of the Browning mansion at midnight, one night in January 1857.  Eliza slipped through a window, and they raced to the minister’s home and were married.

Dr. Bouldin enlisted with his brother, Green, in Terry’s Texas Rangers.  The served the CSA in Company K alongside many other men of Chappell Hill, beginning in 1861 in Bowling Green, Kentucky and ending at Bentonville, North Carolina in April 1865.  Dr. Bouldin was promoted to lieutenant in 1862.

Dr. Bouldin returned to Texas and purchased a 710-acre tract of land located 2-1/2 miles north of Lawn, Texas.  He bought the land sight unseen in 1889 for $7 per acre.  Two land agents came out from Abilene by buckboard to show the land.  Dr. Bouldin paid the men $4,970 in cash taken from a canvas money pouch we wore around his waist.  (He mistrusted banks.)  The land agents feared to take the money for fear Dr. Bouldin might overtake them on their way back to Abilene and rob them.  The doctor had no intention of robbing them;  he was just eager to look over his new farmstead and plan where he would build his home.

The doctor cleared the mesquite-covered land and built a large home.  The home burned several years later.  The Bouldin Live Oak, the cemetery, a water well , and old barn remain.  He added 320 acres to his original purchase in Feb 1890.  In addition to his practice as a physician, he actively farmed and ranched.  He became quite affluent in his remaining years, acquiring more property.  At one time, there were ten rent houses on his land.

Eliza died in 1902, and the doctor buried her according to old southern custom, in the garden of their home.  The doctor died April 10, 1905 and was buried beside her, at a site near the tree.

Just as the magnificent Live Oak continues to thrive and grow, so does its history.  In 2015, Ranch Manager Sid Saverance took Pete and June Knight, of Abilene, to the tree, which he felt was one of the greatest trees he had ever seen.  It was nominated for historic status by the Knights, who had learned of the Texas County Historic Tree Initiative through an article in the Abilene Reporter News. The grand old tree and the memories connected with it meant a great deal to Mr. Knight, who was pleased to learn The Texas Historic Tree Coalition had acknowledged the Live Oak as historic.  Sadly, Mr. Knight passed away on December 24, 2015, before the on-site dedication of the tree was scheduled.  Mr. Knight was retired from the Air Force and was also a retired minister.   His passion for the great old tree and the people of the community will be warmly remembered as part of its history.

The site is on private property.  Visitors are welcome to see the tree, but must do so at their own risk.  The area is not paved and there are no walkways.  There is no parking lot, and there is a 360 foot walk from the roadside to the tree. The tree is located in South Taylor County, two and one-half miles north of Lawn, Texas, at the intersection of US Highway 84 and Farm Road 614.  It is one-quarter mile east on Farm Road 614.