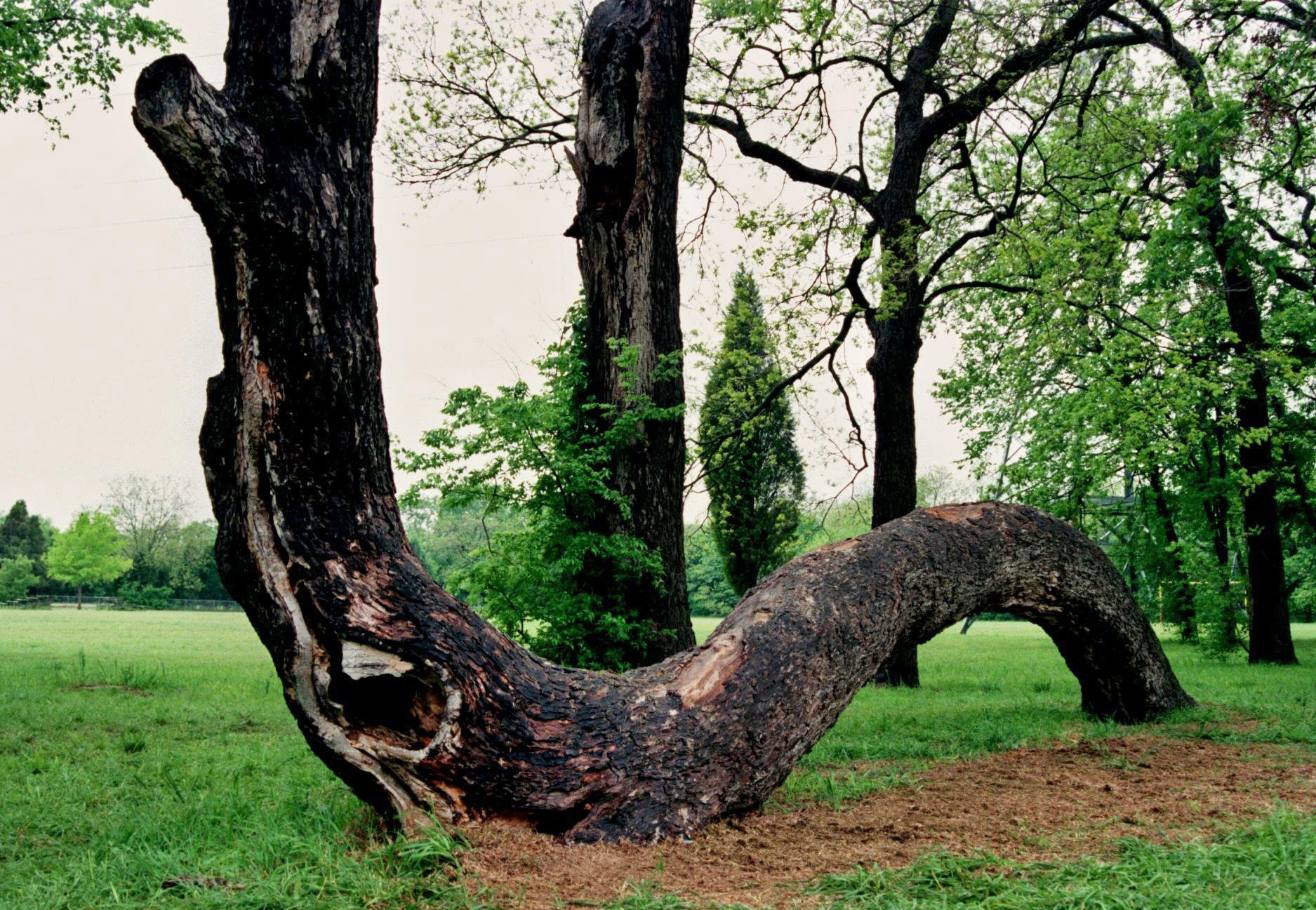 Gateway Park and the Trinity River valley contain many resources important to the “Comanche Way” and the topography was an ideal campsite setting. The Scyene Overlook provided an elevated smoke signaling station and the prairie grass meadows below the overlook contained important medicinal plants that still grow there to this day. A spring-fed stream offered year-round freshwater and there were plenty of piapu nakutabai huupi (Comanche words for “big pecan tree”). Pecans were an important part of the Comanche diet and were referred to as “protein that won’t run away.”

The Gateway Park Comanche Marker Tree was officially recognized by the Comanche Tribal Government by a proclamation signed on April 7, 1997, by then Chairman Wallace Coffey. It was declared by Mr. Coffey to be “a living monument to our historic presence in the great state of Texas” and noted “the importance of this tree to Native American cultural heritage.”

Unfortunately, the long bow shaped tree was in poor and declining health due to modern development of the land and it was lost during a Memorial Day storm on Monday, May 25, 1998. The tree’s history as well as the many attempts to revive it and then proliferate its legacy are well-documented in Comanche Marker Trees of Texas.