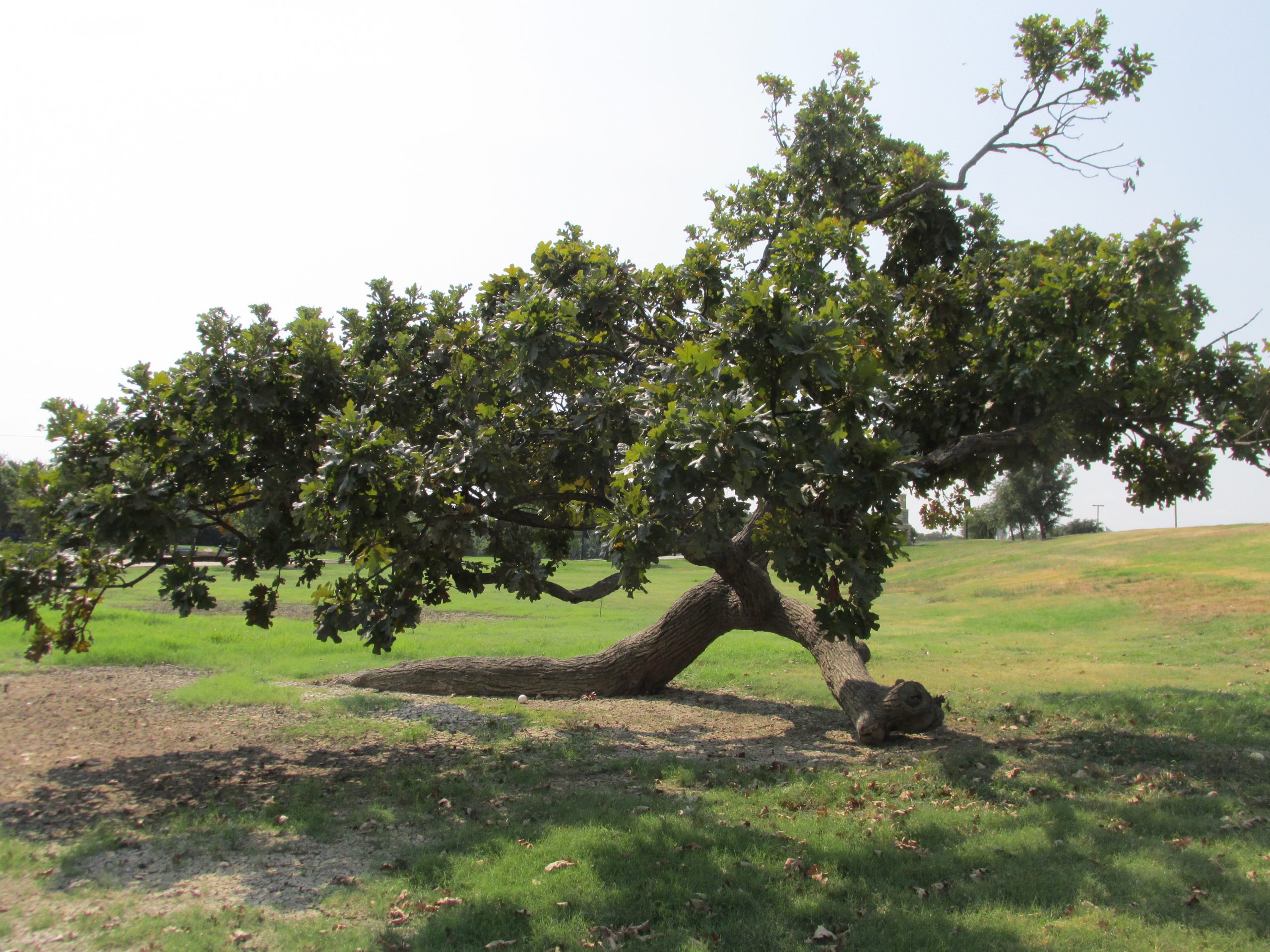 Bird’s Fort Trail is an early Texas trail that was used by settlers in the mid-eighteen hundreds. The Peter’s Colony map below (courtesy of the Irving Heritage Society) shows this historic site as it was known by early travelers, including American Indians.

The Comanche Indians and other tribes heavily occupied this land prior to settlement. The Trinity River watershed contained the preferred characteristics the Comanches looked for in a campsite; high points, pecan bottom, freshwater springs, and it was near a trail with a low water crossing.

In 2011, a turning tree for the trail known as the Bird’s Fort Trail Comanche Marker Tree was found by David Richardson, a longtime horticulturist and member of the International Oak Society. It is a Bur Oak (Quercus macrocarpa), a species of tree native to North Texas. The trunk is buried for fourteen feet and then grows along the ground before rising up into two arching bows. The tree happens to be on the other side of the Trinity River and just north of another Comanche Marker Tree, the California Crossing Comanche Marker Tree. The California Crossing tree marked the low water crossing first for the Comanche, and later for early settlers.

The Comanche Nation Tribal Elder Council visited Bird’s Fort Trail Comanche Marker Tree as well as other trees in June of 2013. It was a distinct honor and privilege for the Texas Historic Tree Coalition to host the Comanche Elders as they reconnected with the trees as living witnesses to their past history and heritage.